Christmas in Benidorm. Activities for everyone

Another year Christmas comes to Benidorm and with it, time to enjoy the good weather and the various activities offered in the city.

Benidorm is one of the most requested destinations for this date. For those looking to spend a different Christmas holiday and, of course, for those who want to enjoy the New Year’s Eve in Benidorm and its wide range of leisure activities for a special night.

Installed in Gambo street until Christmas Day (December 25). Especially designed for the kids; visit Santa Claus’s house, take pictures with him and get some gifts.

The Town Hall Square becomes one more year in the center of Christmas in Benidorm. From the 5th of December, when the lighting was inaugurated, this area is the definition of Christmas: snow slide, ice rink, rides and daily performances by children’s characters. and a large Christmas tree that will delight young and old.

Also at the Christmas Square, every day until the end of the holidays, children’s workshops and on December 23 at 18:00  the Christmas decorations workshop entitled ” Christmas Values in the in Municipal library.

In addition at the Town Hall Square, where you will be able every day to enjoy performances of children’s character, music and theater have their place in Benidorm during the holidays.

On December 28, in the City Hall will be the representation of the theatrical musical “Beauty and the Beast” at 18:00.

Also in the Auditorium of the Library the smallest of the house can come to have a good time with the storytelling “Dime por qué” on Wednesday December 30 at 18:00 hours and the magic show “Mag Malastruc” Monday January 4 at 18:00.

Benidorm is synonymous for  fun, and New Year’s Eve, even more. On the last night of the year Levante Beach will be the meeting point in Benidorm with a performance organized by the radio station 40 Principales, which will feature DJs, eight giant screens to follow the chimes and fireworks for start the year in style. 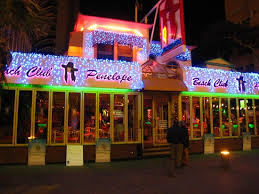 Galas are a highlight for the “core” of these celebrations nights – Christmas Eve, New Year’s Eve and Night of  the “Roscón” – they have been organized in  “Benidorm Palace”, a quasi iconic place regarding parties in Benidorm.

Bethlehem, the Three Kings
There is no Christmas in our Mediterranean region without a nativity scene. Benidorm´s nativity scene, which is traditionally hosted by the “Casa del Fester”, this year moved to “Boca Calvari Museum” (Paseo de la Carretera S / N) until January 6.

The day before, on January 5, from 18:00, Benidorm will dress up to receive Their Majesties the Kings of the East and subsequent parade through the city streets. Departure: Elche Park. Tour: Avenida Almendros, C / Mars C / Venus, C / Ruzafa, C / Herrerias, Plaza Doctor Fleming and Plaza Reyes of Spain.

A complete program for all ages and all tastes.

There is no better way to spend the holidays!