Hiking is a favorite outdoor sport and allows us to enjoy what nature offers us by example sleeping in a camping in Benidorm.

Benidorm offers casual and experienced hikers many routes with different levels of difficulty.  Routes are adapted to suit each person’s capabilities in order to allow enjoy fun-filled hours outdoors. The combination of sea and mountain make Benidorm an exceptional place to practice this sport, therefore there are many visitors who come to Benidorm to hike. 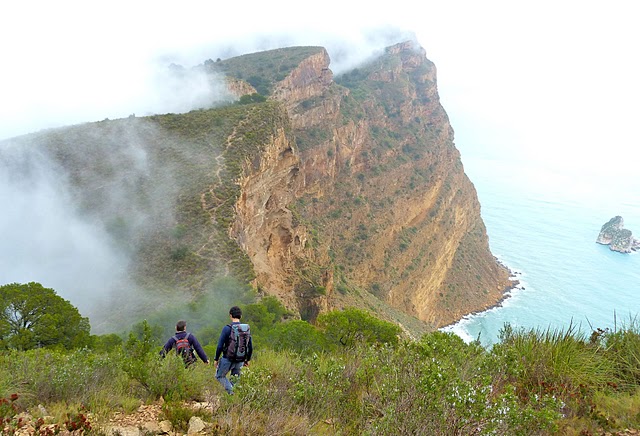 In addition to being a major tourist destination, Benidorm´s infrastructure has everything necessary for a delightful stay: a wide range of accommodations including hotels, apartments or campings in Benidorm, you can find all the price ranges, budget to luxury.  Car, motorbike and bicycle rental   is also available for the perfect getaway l.

The name Sierra Helada, named after the limestone it holds, reflects the moonlight on the sea at night and it resembles ice. By day, the Sierra Helada offers varied hiking trails. Here are two low difficulty trails for less experienced hikers:

Departing from the Levante Beach, on  Calle  (street) Alcalde Manuel Catalan Chana, this first route starts by  paved road  and reaches to the fork from La Punta Llisera and  Cala del Tio Ximo, one of the quieter beaches of Benidorm  , where walkers will find ocher mines characteristic of this cove. Returning to the road, this time with restricted access to cars, the route continues to the Punta del Cavall, from whose seventeenth century watchtower, one relishes  in wonderful views of  the Sierra Helada cliffs and,  close by  the Island Mitjana. In total, the route covers a distance of just over 9 kilometers with a maximum unevenness of 75 meters, which can be covered in about two and a half hours. This is a perfect route for a Mediterranean morning. 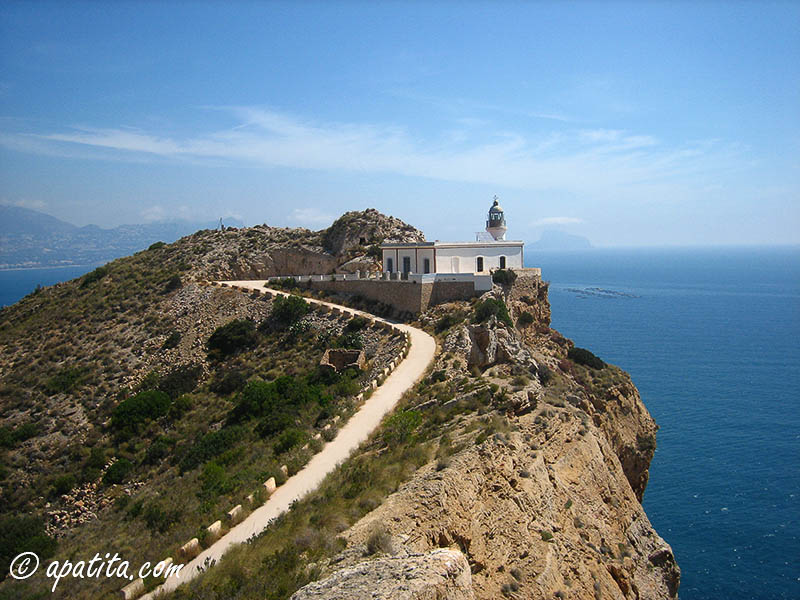 Another route, somewhat more difficult, starting from  Sierra Helada  will take us from Benidorm to El Albir. About   12 kilometers in five hours for those who seek a more demanding walk.  From Benidorm, at the end of Avenida Mediterraneo, begins the path where you wil find the cross, where   you can   get away from the city and delve into the wonder of Sierra Helada’s nature. From the cross to the first “stop”, the antennas, the route runs along a marked trail, with many ups and downs, sometimes near the cliff. Once at the antennas, 435 meters above sea level, you can see the mountains of Bernia and the   Peñón de Ifach ( Rock of Ifach).

Following the ridge of the mountain, following the antennas, is lowered to the lighthouse at “punta del Estufador” (the tip of the Stove), which will takes half an hour for a spot. This last part is a bit tricky but afterwards the route in on a  paved trail for an hour to El  Albir, where many people park their cars or use taxis or buses that stop in the parking  where the road ends.

Those visitors who want to hike in Benidorm and are looking for a comfortable and accessible path can be animated with five kilometers going  out from the lighthouse of El Albir (in Alfas del Pi) which takes a maximum of two hours. You can do it walking , cycling or even with a wheelchair.

Departing from the tourist information point in Albir, by Cami de la Cantera, the route deviates to  one of the inputs of Natural Park towards the lighthouse of El Albir. The route starts on anr asphalt track and shortly before reaching the mountains, is accessed by a dirt trail  that descends downward to the Caleta del Metge. Soon after is the viewpoint from which to delight in a vision of the bay of Altea and the Peñon de Ifach (Rock of Ifach) in Calpe. This route descends to the remains of Phoenician and Roman mines. Shortly before reaching the end, the lighthouse of El Albir, walkers will find a natural wonder: “La Boca de la Ballena” a hole in the mountain worth seeing.

Experienced walkers and first-timers alike will find that Benidorm is a great place to hike.