Music, protagonist of this year in Benidorm

One more year, in 2016 Benidorm will focus its cultural activities on music.

There are many national and international artists, and some still unrevealed, who have confirmed their concerts in Benidorm. Its campsites, hotels, restaurants, places of entertainment… they are all getting ready for a summer full of high-level shows. 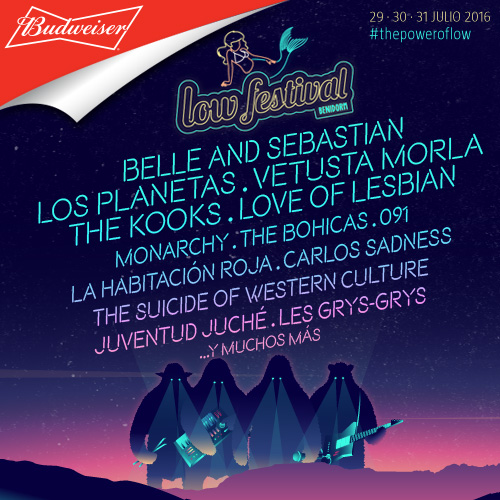 On the 29th, 30th and 31st of July Benidorm will be the world centre of indie and electronic music.

At this time of the year, when there are still a few months ahead, 14 shows have been confirmed for groups and soloists of different music styles: Belle and Sebastian, Vetusta Morla, Los Planetas, The Kooks… Tickets on sale and some useful information, such as accommodation or location, on the festival’s website (http://lowfestival.es/).

David Guetta will offer his one and only concert on his own in Benidorm. 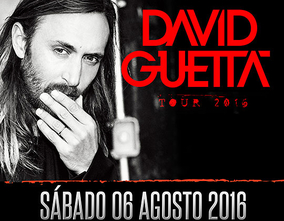 The French DJ will offer his international show in Benidorm, for which more than 2500 tickets have been sold.

On the 13th of August, Malú will show at the bull ring her tour “Caos”, presenting the last album of the singer from Madrid. Throughout this tour, she will visit the main Spanish cities.

Another artist who will present his album is Pablo López, born in Malaga, but this time on the 27th of March at the Benidorm Palace. His show, “Tour El Mundo”, is the tour in which he will perform his new songs and the hits which have made him become well-known among the Spanish artists.

September will mean another “musical” month in Benidorm, as two festivals with great expectation and a huge attendance will coincide.

Between the 5th and the 11th of September the Benidorm Pride 2016 will take place, considered as the sixth gay getaway at national level. There will be a full week of events prior to the big parade scheduled for the 10th of September; as every year, it will count with a great number of visitors that will enjoy their time in Benidorm Old Town.

All the information about artists and events will be available at the festival website (http://www.benidormpride.com/en/ the website can now be visit for hotel and transfers bookings.

Another festival that will take place in September is the Fuzzville Festival.

Awarded as Revelation Festival 2015 in the Fest awards, at this second edition, to be held on 9 and 10 September, it will continue on the path set last year.

In order to do so it will headline the legendary record label Memphis Goner Records that certainly will have good artists prepared for this year 2016 to delight lovers of punk-rock. More information on their website: http://www.fuzzville.es/.

In short, this year Benidorm has a wide range of musical leisure options. The only thing missing is for you to buy the tickets, book a hotel or bungalow on a campsite in Benidorm and come to enjoy any of the scheduled concerts

Which would be your favorite concert?