Traditional children’s games are perfect to play with kids at home, outdoors or when we are on holiday. In addition to being fun, the most interesting thing about these popular games is that they have been passed down from generation to generation. So the whole family usually knows the playing rules and can join the game at any time.

Sometimes these games have a different name depending on the country in which they are played. But, in everywhere there are games that are either very similar or the same. Even if they have a different name, they’re perfect for playing with friends from everywhere! So if you want to remember some of the most popular traditional games to teach your kids, this post is for you! Are you ready?

They are simple, no extra play material is needed and help to stimulate skills such as reasoning, logic and teamwork. Furthermore, these classic games are good for your health, as they encourage both sports for children and healthy lifestyle habits. Do you want to know which traditional children’s games are the most popular ones? There they go!

Hide-and-seek, or hide-and-go-seek, is a game that everyone knows and it’s very intuitive. For this traditional children’s game a child counts, with his eyes closed, up to the number that has been previously chosen among all the participants. When the kid finishes, he or she tells the other children, who must already be hidden, that they are going to seek them out. Children can move around as they are sought. When a participant is found, they must be touched to be eliminated. In order to save themselves, the rest of the children must get to the place where the counting began, known as ‘home base’,  and shout ‘safe’. 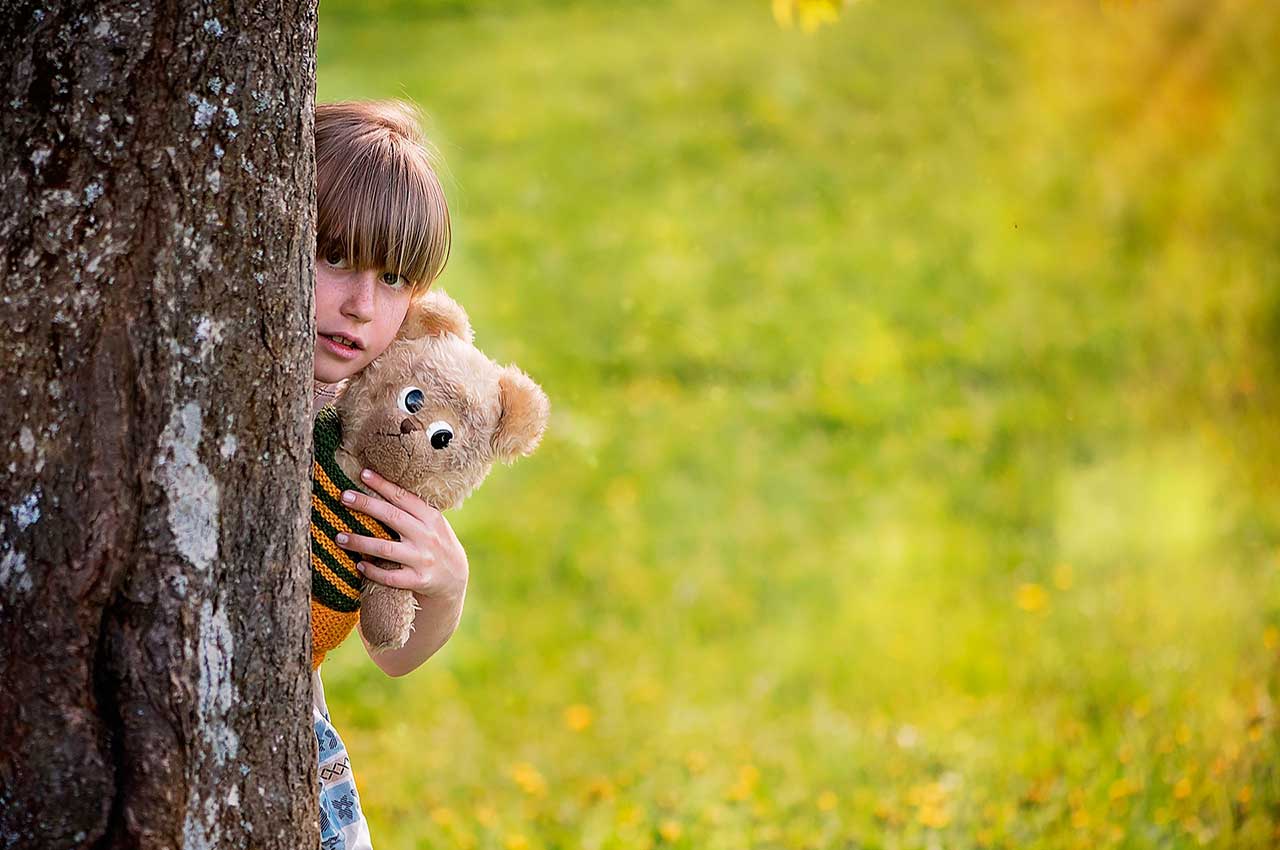 2. Steal the Flingsock or the Bacon

In this traditional tag-based children’s game you only need one thing, a handkerchief or a piece of cloth! To play you have to divide the children into two teams and choose a referee. Teams must be organized internally and assign a number to each player. That’s why an odd number of children is needed. Because when the number of children is even, a parent can join to referee the game or a child may have two numbers.

After splitting the children up into two teams, a line will be drawn on the ground next to the referee and both teams will be placed at the same distance from the latter. The game works as follows. The referee says a number out loud and the children who have it – one from each team – should run to the Flingsock. The child who first manages to take the Flingsock, and get back to where their team is – not caught by the other kid -, wins the point!

Moreover, some very funny rules can be added to this game. For example, when the referee says the number, they can also add how the Flingsock should be picked up. So, children will have to catch the Bacon jumping or on tiptoe. It sounds super fun, doesn’t it? 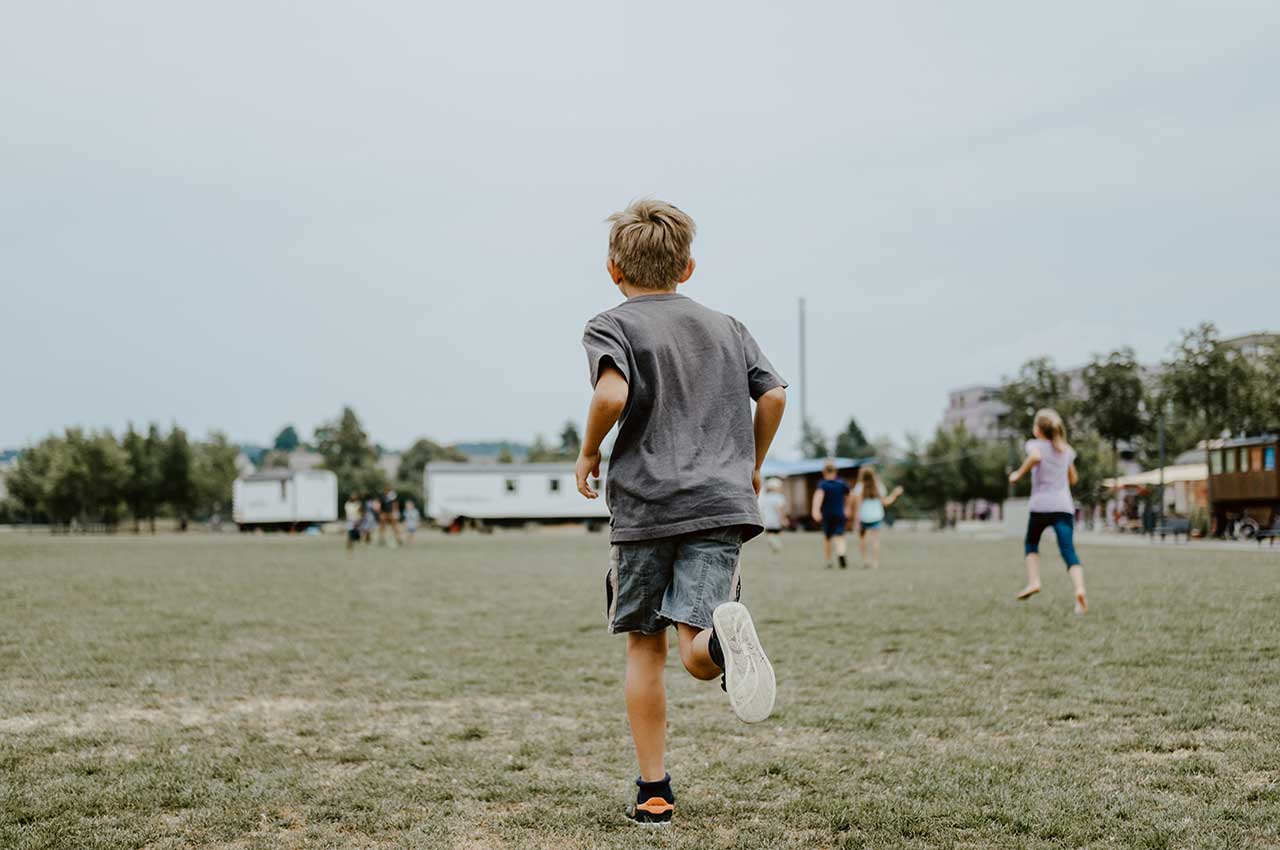 This traditional children’s game is very popular in Aglo-Saxon countries. But it’s such a fun game that as soon as we explain it to you, you’re going to want to start playing! The first step is to find a large area to play in. It’s best if it’s outdoors and within a limited area. Then, the field is divided into two clearly designated halves, known as territories, by using cones, ribbons or a piece of chalk. Next, the players form two teams, one for each territory. Each time is given a flag, which may be an easy-to-carry object or a piece of cloth. The main of the game is for players to venture into the opposing team’s territory, grab the flag that has been hidden and return with it to their territory without being tagged.

If opposing players cross into your team’s territory trying to capture the flag, you can defend it if you can reach and touch them. This will lead them to a prison area, where they won’t be able to play until their teammates release them. You can free your mates by touching them. Finally, the team that first manages to find the flag, pick it up and take it to its territory, without being caught, wins.

To play the cat-and-mouse traditional children’s game two kids are chosen to play the cat and the mouse. The other players should form a circle and start spinning holding hands. The player who is the mouse stands inside the circle while the cat stands outside. The aim of this game is for the mouse to get outside the circle and avoid being caught by the cat. Although the cat can’t come into the circle, they can reach into it to grab the mouse. The circle players have to try and keep the cat away from the mouse by holding up their hands to let the mouse in and out of the circle. If the mouse is caught, the mouse becomes the new cat while another player becomes the mouse.